Why Internet of Things is Ideal for Field Service

brought to you by WBR Insights 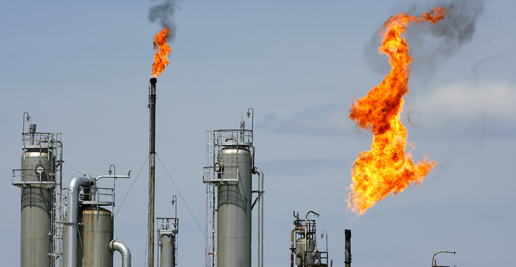 The Internet of Things has been growing exponentially in recent years, and the technology is being used to improve the work carried out by field service engineers the world over.

The world's first internet-connected appliance was a Coke machine at Carnegie Mellon University which was modified in 1982 to be able to remotely report its stock levels and internal temperature. In 1994, an article by Reza Raji described a future where machines would have the ability to move "small packets of data to a large set of nodes, so as to integrate and automate everything from home appliances to entire factories." The term "Internet of Things" was coined by Procter & Gamble's Kevin Ashton, in 1999, when discussing a network of "eyes and ears" for computers.

Today, almost every object you can think of is being connected to the internet - from doorbells and coffee machines to medical devices and city infrastructure.

Internet of Things for Field Service

The ways in which Internet of Things technology, such as sensors on gas and water pipes, are incorporated into city infrastructure have great potential to benefit the field service industry. And, while suggestions of automation or smart technology can often leave people fearful that the robots are about to take over and put them out of work, the implementation of IoT technology is thankfully being employed in a way which augments rather than replaces the traditional engineer's role.

In the past, a company would have to first detect an issue, then call its field service department or contractor, after which a site visit would be arranged to diagnose the cause of the problem, and only then would anybody be able to get down to the task of fixing it. With Internet of Things technology, however, any faults or malfunctions in equipment can be automatically detected and reported to field service engineers before they become a problem, meaning technicians can arrive on-site already equipped with the knowledge they need to get to work on the repairs, reducing business disruption and fix times significantly.

Indeed, Internet of Things sensors are so sophisticated that they can detect an issue before it even becomes noticeable to the end user. Slight changes to normal conditions can be picked up and reported so they can be addressed before a full shut-down becomes necessary.

"With IoT sensors installed in company equipment, you can pinpoint service outages and issues before they're critical," wrote ClickSoftware Marketing Manager, Paul Whitelam. "These sensors can detect when a part isn't working correctly. And they can send requests to replace the faulty part before someone needs to make a service call. For instance, IoT sensors can track power consumption in a customer's refrigerator. Before the fridge breaks and food spoils, you're already aware that it's due for service. You can get ahead of the situation and tell the customer it's time for a fix."

Internet of Things technology also helps create a safer working environment for field service professionals. Many workplace injuries impact not only the lives and livelihoods of the people who suffer them, but also the companies concerned in terms of lost revenue and reputation. Staff absence, litigation, and bad press can all combine to cause irrevocable damage to any field service business which doesn't make safety a priority.

Many field service jobs involve entering dangerous environments where extreme heat, cold, or dirty conditions can pose a threat to the health and/or safety of engineers. In such situations, IoT sensors enable real-time diagnostics of the environment without anyone ever having to set foot inside. Obviously, if a problem develops, then ther may be no other choice but to dispatch an engineer, but by reducing the frequency of these instances so that they only occur when absolutely necessary, the chances of an incident are greatly minimized.

"Numerous safety checks are performed before coming close to an open flare stack, but you never feel 100% safe," says Ryan Chan of Upkeep. "With technology and even drones, we can remove the need to have an actual human check sensors or need to go there to do a visual inspection. Sensors do the inspection work for you, making it so the technician's physical presence is only necessary when there's maintenance that has to be done. We're seeing a big shift with technology which is becoming very important for the safety of many technicians."

Internet of Things technology is ideal for the field service industry. Anything which facilitates quicker, simpler, and safer diagnostics is only to be welcomed by engineers.

Internet of Things technology is set to be a hot topic at Field Service Amelia Island 2018 this August at The Ritz-Carlton, Amelia Island, Florida

Download the agenda today for more information and insights.

*Processing your payment may take a moment. Please click submit payment only once, and do not refresh this page. Doing so may result in your credit card being charged more than once.

We use cookies and similar technologies to recognize your visits and preferences, as well as to measure the effectiveness of campaigns and analyze traffic.
To learn more about cookies, including how to disable them, view our Cookie Policy