brought to you by WBR Insights 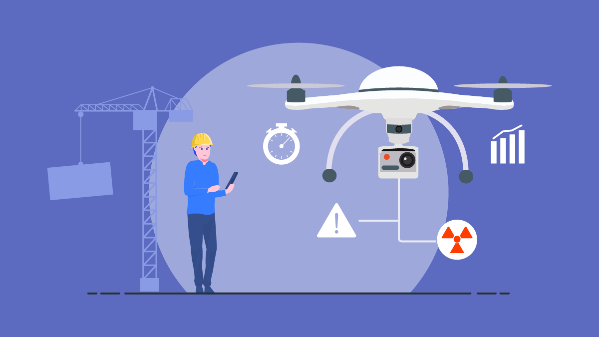 Robots are becoming a regular feature in day-to-day life and are disrupting many fields of business. And the next industry to be targeted for assimilation is evidenced by the rise of field service robots.

In the 21st century, robots operate in many aspects of our lives, even if we aren't explicitly aware of it most of the time. They build our cars, process and package our food, and harvest crops, to name just a handful of examples, as well as those which act as robotic servants in domestic situations.

The main barrier to the implementation of field service robots up to this point has been the intricate and hands-on nature of the work carried out by human engineers. However, there is one type of robot which has found a home in the field service industry, and that is the humble drone.

Drones, whether directly controlled by an operator or autonomous, can offer a great deal to the modern field service engineer. Routine inspections can be carried out without anyone needing to set foot in hazardous areas. This becomes particularly evident when it comes to assessing the condition of extremely elevated locations, such as smoke stacks, or electrical pylons. While it may transpire an engineer needs to attend a fault in person, the less often hoist equipment and harnesses must be deployed for engineers to access these locations, the less likely it is an accident may occur.

Safety concerns aside, drones are far more time efficient at accessing these locations than humans. When it comes to flying a drone up to an elevated position, no health and safety assessments need to be carried out, and no special equipment needs to be arranged for and set up - meaning the time spent on each routine inspection can be dramatically reduced.

"Anytime a worker is more than six feet above the ground, the risk and hazard to them skyrockets, along with the cost of workers compensation for their employer," said David Pitman, Co-Founder and CEO of commercial drone software company, Converge Industries. "By sending a drone, and keeping both feet on the ground instead, field workers are not exposed to some of the most dangerous risks. By using drones, an insurance adjuster can not only survey an entire roof much faster than walking across it themselves, but it also removes the need to get out a ladder off a truck, put it up, and leads to eliminating that bigger truck used to carry the ladder in the first place."

Another way in which drones can offer benefit to field service businesses by offering a new standard in the data they are able to collect.

Drones can (literally) gain a bird's eye view of job sites and can gather quality data including 3D maps of infrastructure and geographic information, which can help engineers get a clearer picture of the site, and how various elements interact with one another. This allows field service workers to better establish the site-wide factors which may contribute to a fault and predict how and where future issues may arise.

With data driving almost every business in the world, any company which can use technology to gain access to new and more useful information types is going to be able to serve its clients better than its competitors.

While drone field service robots are indeed addressing many of the challenges faced by field service engineers during inspections, there is still a need for humans to access these hazardous locations to repair any issues which are discovered.

However, with the new wave of robots possessing far more anthropomorphic appendages than their predecessors, these days may be coming to an end. While unlikely to replace human engineers entirely, such robots have the potential to drastically improve the safety and effectiveness of the field service industry.

"Robots are clearly on the rise, in manufacturing and increasingly in everyday environments. The growing interest in robotics is partly due to the variety and number of new start-ups which currently account for 29% of all robot companies. Furthermore, large companies are increasingly investing in robotics, often through the acquisition of start-ups."

Field service robots are set to be a hot topic at Field Service Amelia Island 2018 this August at The Ritz-Carlton, Amelia Island, Florida.

Download the agenda today for more information and insights.

*Processing your payment may take a moment. Please click submit payment only once, and do not refresh this page. Doing so may result in your credit card being charged more than once.

We use cookies and similar technologies to recognize your visits and preferences, as well as to measure the effectiveness of campaigns and analyze traffic.
To learn more about cookies, including how to disable them, view our Cookie Policy